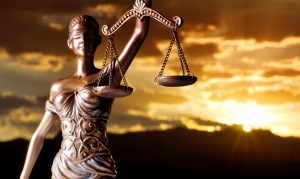 Whether you were convicted of a criminal offense as a result of a plea bargain or went to trial and were found guilty, the ultimate disposition of the case will come at a sentencing hearing. In some cases this may be done immediately after entering a plea or receiving a verdict, while in other cases it is scheduled a month or two after the conviction. The sentencing hearing is a hearing in which the sentencing judge will have broad discretion in imposing a sentencing (notwithstanding the terms of the plea agreement). It is important to know the possible consequences you are facing, and how to put yourself in the best position for a favorable disposition.

The overwhelming majority of sentences received (not including sentences received upon revocation of probation and parole) fall into what is known as the standard range. Standard range sentencing is a topic worthy of its own post, however the basic idea is that the range available for your potential minimum sentence is derived from the use of a sentencing matrix. The X axis of this matrix is your Prior Record Score, which is calculated from prior criminal offenses you have been convicted of. The Y axis is the Offense Gravity Score, which is the seriousness of the current offense. This will give a range of minimums for the judge to choose from, but that range can carry potential sentences that vary by over a year in some cases.

That’s why it is important to be prepared for your sentencing hearing. Depending on the nature of the offense and your prior record, the court may order a pre-sentence investigation report (PSI). This report will be made available to the judge, and involve the results of an interview had with the defendant about the defendant’s home life, their version of events, prior record, substance abuse issues, and other relevant data. In addition to this PSI, at the time of sentencing, the attorneys may make argument about anything relevant that may influence the judge’s decision.

Attorney Frank Walker has the experience with Courts in Allegheny County and the surrounding areas and knows what you need to do to be in the best position at sentencing. He can prepare you for the PSI interview and tell you the potential consequences of your actions. If you or a loved one is facing criminal charges and need help tackling these complicated issues, call Attorney Frank Walker at (412) 315-7441. Don’t gamble with your liberty! Call today